Carls remains are thrown into the boot of Ivans car and all three of them get in, Lucinda riding shotgun. As Ivan turns onto the bridge he notices they have a tail. Ivan floors it and weaves back and forth across the lanes. The Chrysler gets closer. Gunshots rip through the skin of Ivans car peppering it like a giant dot-to dot. Ivan pulls on the handbrake, spinning the car broadside for Lucinda’s vengeance. She hits the front passenger in the throat, and Ivan drives off again. The Chrysler doesn’t give up, its next round of fire shatters the back window. Ivan hits the breaks and they slam up the rear of his car. Hanzo turns to look at the remains of the boot, there was maybe a third of it left. 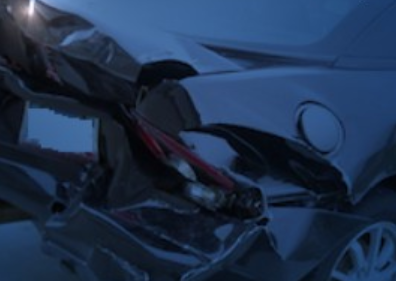 Two more cars pile up behind. Four gunmen emerge from the Chrysler, spraying Ivan’s car with automatic gunfire. Hanzo launches himself out of the back window and over the bridge rail with surprising agility. Lucinda picks off another one with her trusty shotgun as Ivan hitting the accelerator, wrenches the wheel and drives off.

Hanzo, hanging by one arm, tries to obfuscate into the shadows as one of the assault-rifle-wielding (Wtf?) Chrysler passengers comes over to investigate. He is so close Hanzo can smell him. The odour an odd mix, as if spring and decay were dancing in his nostrils. In one fluid action Hanzo pulls the gunman over the edge dropping him into the water below. Carefully he negotiates his way under the bridge to the other side. The remaining gunman was definitely a vampire. Police sirens now drawing closer, Hanzo decides to leave him. Ducking back under he heads off after Ivan.

Ivan had noticed Hanzo’s rapid exit. He swore, parked the car at the other end of the causeway and waited. 20 minutes later Hanzo emerges from the shadows it was now 3:30

15 minutes later the remains of Ivans car was crawling the backstreets of Little Haiti. They were clearly and obviously watched. Neither Ivan or Lucinda ventured here as humans, it was near those places you just didn't go. ‘The Bishops’’ looked like a decrepit fortress although the chainlink fence seemed sturdy enough. 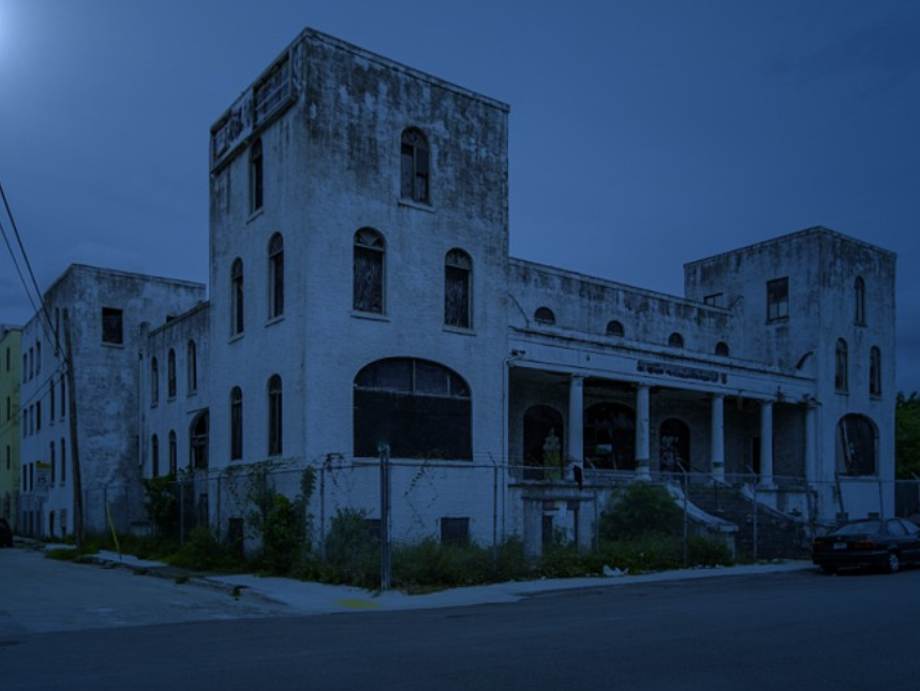 Here there was a clear simple display of force. Like a pack of wild dogs They were sprawled across access points and rooftops with their peers. As Ivan moved to park the car around the side, his path was blocked by a group who suggested he had lost his way. Ivans reply showed more confidence than he felt. “I need to see bishop, about traitor” The group parts allowing the car through but they keep them constantly surrounded. When Ivan parks the car, he and Hanzo are led inside, leaving Lucinda waiting with the car (and hopefully the remains of Carl). Within moments of Ivan and Hanzo’s departure gang members are lounging all over the vehicle
Ivan and Hanzo are escorted up the front steps. No one moves aside for them but no one blocks their way. There is something almost feral? Primal? about them.

There were strategically placed thugs around the ground level access points inside and about 30 vampires on the top floor balcony. Scattered conversations stopped as heads turned to watch the trio enter the hall. Hanzo and Ivan peered down the hole in front of them. Couldn’t see much, just shadows moving, but it smelt good. 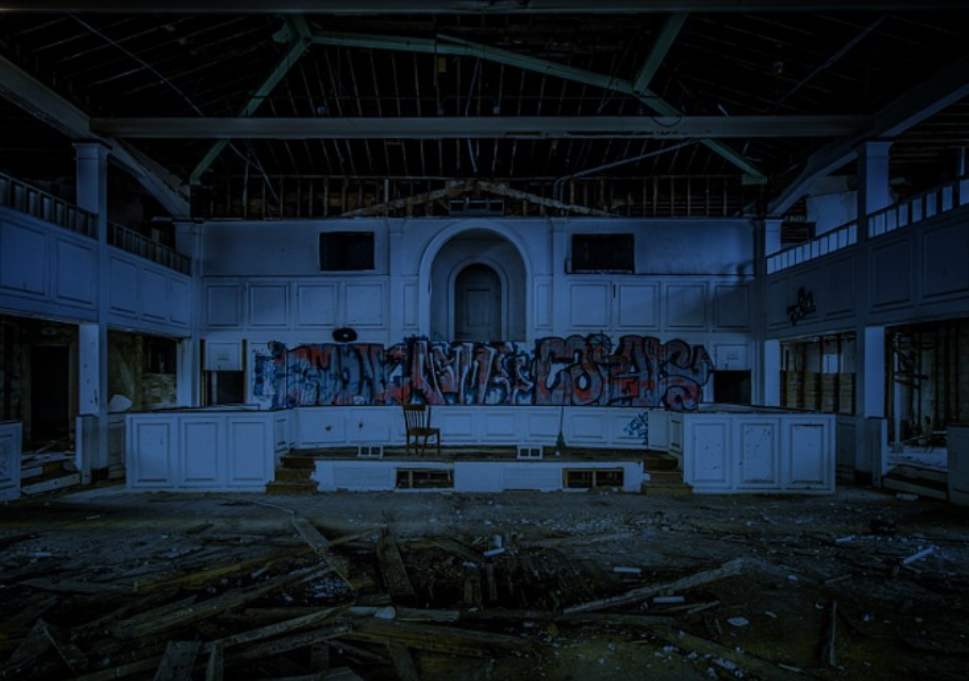 Ahead, on the dais stood 5 people. Ivan approached stating he needed to see the bishop. One asked “Who is your Prior?”

”ahhh Crow wannabees” replies the One as Hanzo answers “Ruth”

The spectators returned to their conversations. (Ivan makes an 'Annoying Little Girl' comment to Hanzo, and a lady standing next to the One who questioned them conceals a smile poorly) “Is the bishop here?” pressed Ivan “Yes he is” answers ‘the One’ and they hear the rest of the Crimson Crows enter.


Not wanting to lose his percieved advantage, Ivan quickly sums up to the group in front of him.

The room comes alive with angry conversation. Words like interrogate and traitor were flashing around and it wasn’t all about Carl. They all felt very vulnerable.
“You have brought him?" commanded bishop, all pretense dismissed, "Show me.”

Ivan explains he is in the boot, he hopes (very worried look from Real)… and soon Carl’s remains -well what was left of them were carefully carried in by Lucinda he looked more like a desiccated mummy than a partially burnt corpse.

Three others joined the bishop around the body. It looks nothing like the body they put in the boot. Ruth looks at Hanzo in disappointment. Had he learned nothing?

One of them, muttering quietly, cut their arm and let the drops fall to what was left of carls mouth. As it did the nearby tissue started to regenerate, as it did another slowly carefully slid a stake through Carl’s chest. Once Carl resembled a corpse again a bloodbag was called for and he was fed properly. Attention returned to the Crows. One by one, each had their memories sifted through by the bishop. It hurt a lot took far to long and he was very nosey, often examining what seemed trivial moments.
Sunlight breaching, The bishop stood up. “We hold judgment tomorrow night.” he said and left through a small doorway behind the dais. The group was escorted down the hole, offered leftovers from the night's feed and shown through to a room off a corridor that seemed to be in the apartment building behind the temple.
torporus Carl was relocated somewhere safe.

As the crows prepared to settle in for the day, Sunshine bit her wrist chanting " We observe the Rites," and let her blood spill into the bowl. She followed with "We act with honour, Strength and Unity" licking the wound closed, the cup was passed around with each of the Crows following suit. When the cup was returned to her, she mixed the blood with her finger saying something quietly to herself. She then held it high saying "Always for the Sabbat," gestured to the others in a 'toast' like motion "Always for the Pack" then finishing with "Always for Freedom" she drank her portion and passed the cup. Each of them copied and drank their share. before sleep Hanzo noticed Tyrone get a little bag of dirt and shape it like a pillow for sunshine and a second one out for himself. On asking, Hanzo is told it is the cost of their blood, their power. Ivan is curious.

There are no comments to display.